On Thursday, the Toronto Raptors will host Game 1 of the 2019 NBA Finals against the two-time defending champions Golden State Warriors. Toronto has the home court advantage of the 2-2-1-1-1 format of the NBA Finals. Game time is set at 9PM ET and will be played at ScotiaBank Arena.

The Toronto Raptors eliminated the Milwaukee Bucks in Game 6 of the Eastern Conference Finals. The win propelled the franchise to its first NBA Finals appearance. It was Kawhi Leonard who willed and led his team after overcoming a 0-2 deficit and won four straight against the Buck thereafter.

Toronto knows that in the NBA Finals, everything will be magnified starting from Game 1. The games will be harder and pressure will be heightened. In their last two playoff series, the Raptors started slow as they were in a 0-2 series deficit early. They could not afford this against the Golden State, giving them this big series lead who be impossible to overcome.

The Golden State Warriors are back in the NBA Finals for its fifth consecutive appearance. They were in cruise control when they swept the Portland Trail Blazers in the Western Conference Finals. Kevin Durant and DeMarcus Cousins were both out in those games as well as Andre Iguodala in Game 4.

For the NBA Finals, the core four of Curry, Green, Thompson and Iguodala will be available in Game 1. Kevin Durant was ruled out for Game 1 but he traveled with the team to Toronto. DeMarcus Cousin has practiced and there’s a possibility he will be in the active roster by Game 1.

Golden State’s core four have proven that they could held the fort until Kevin Durant’s return from his injury. These four players have shown that they have a heart of a champion as they played and showcased their brand of basketball that have them catapulted as the No. 1 team in the NBA.

But still, they are hoping that Kevin Durant and DeMarcus Cousins will be able to play in the NBA Finals. They want him to be there on the court as they try to score a three-peat when they face the Toronto Raptors.

The sportsbook handicappers have installed the Toronto Raptors as a 1-point favorite to beat the Golden State Warriors in Game 1 of the 2019 NBA Finals on Thursday night. 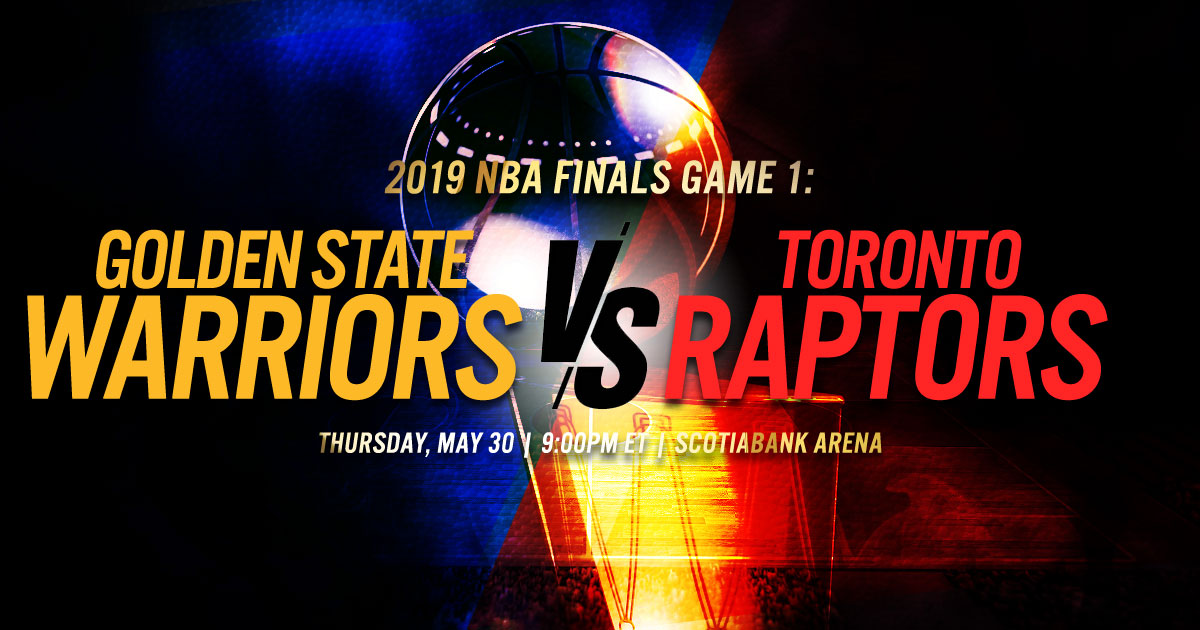