On Thursday, the Minnesota Vikings will face the Washington Redskins in Week 8 of the 2019 NFL season.

Minnesota will host this Thursday Night Football game at the U.S. Bank Stadium and kick off is set at 8:20PM ET.

Both teams were primed for a primetime matchup.

However, it may not be a good game after all as Minnesota and Washington are on different ends of the spectrum. Minnesota has a 5-2 record and has a three game winning streak.

In their winning streak, they averaged 480 yards in offense and 36 points per game.

The Vikings have been moving the ball well in their last three games.

QB Kirk Cousins has increased his play action schemes and is 2nd in the NFL's quarterback rating. Minnesota's offense has kept the opponent guessing on who to guard in the field.

The Washington Redskins has a woeful 1-6 record and has averaged 233 yards in offense and 8 point per game in their last three games.

Washington has failed to develop consistency in every game they have played.

They have already started three difference quarterback this season.

Washington is in turmoil due to players' injuries in their roster.

It is hard for a team to build confidence with key players out of the lineup.

The sportsbook handicappers have installed the Minnesota Vikings as the favorite to win over the Washington Redskins on Thursday night. 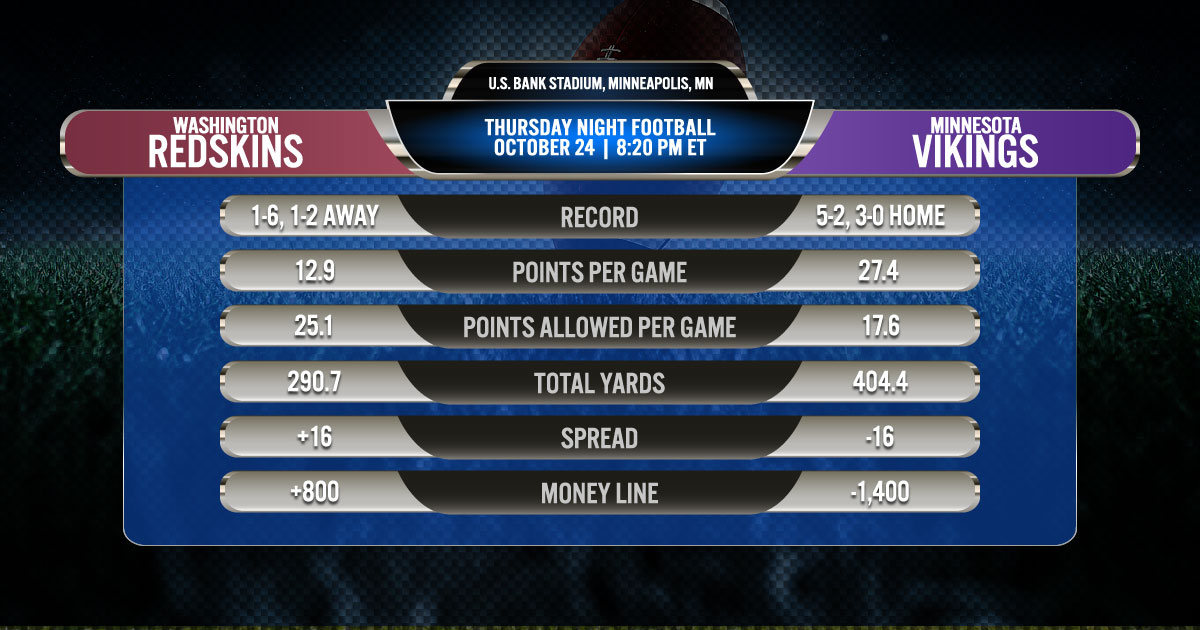