Game time is set 5:00 PM ET and will be played at the Mercedes-Benz Stadium in Atlanta, GA.

Both team have equally talented quarterbacks which began their career in other schools.

QB Joe Burrow started at Ohio State but ended up playing his best at LSU.

This season, he led SEC champion Tigers to a 13-0 record which earned him the Heisman Trophy.

Likewise, QB Jalen Hurts first went to Alabama but ended up with Oklahoma.

He led the Big 12 champion Sooners to a 12-1 record and ended up as Heisman runner-up.

Both quarterbacks change of scenery worked out fine and their new teams was grateful enough that they got the quarterbacks they needed and wanted.

Both teams are great in their offense but they won't be in the College Football Semifinal without a hard-nosed defensive core.

Oklahoma and LSU has the complete package in order to win the National Championship.

The sportsbook handicappers have installed the LSU Tigers as the favorite to beat the Oklahoma Sooners on Sunday's Chick-Fil-A Peach Bowl. 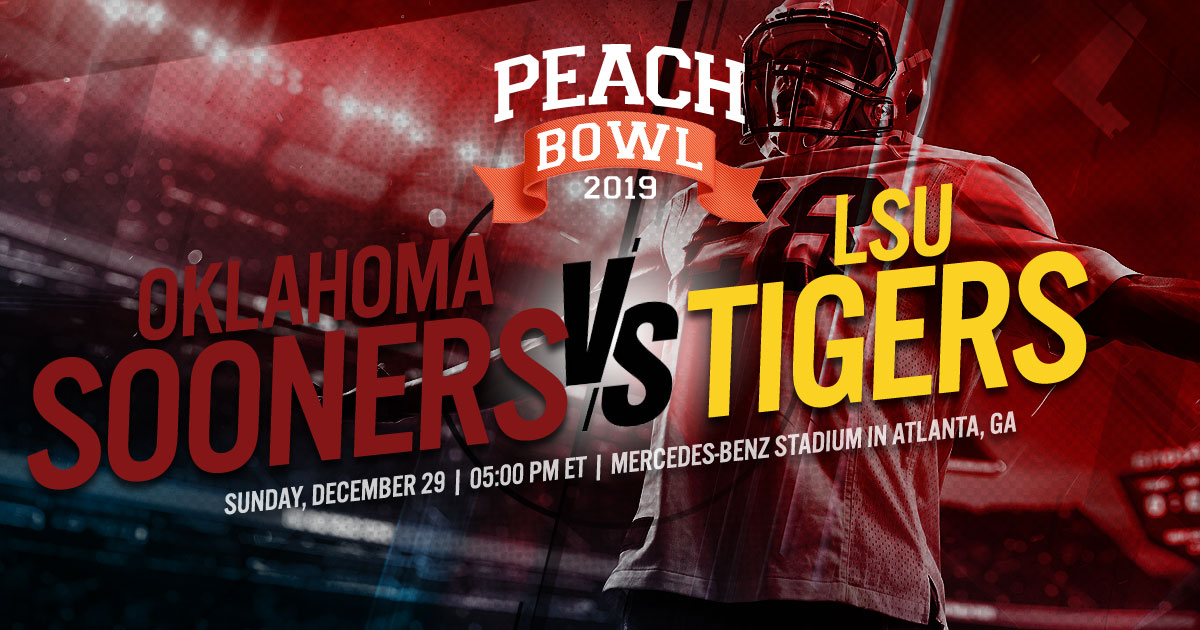