On Saturday, 11th ranked Auburn Tigers will go up against 16th ranked Oregon Ducks in Week 1 of the 2019 College Football season. Kick-off is set 7:30PM ET at the AT&T Stadium in Arlington, TX.

This matchup is considered the game of the week between teams from PAC-12 and SEC.

It was in the 2011 National Championship title game that these two team last met.

Eight years after they will meet again with a different cast of players and coaches.

He's the reigning Alabama Mr. Football and career record holder in both total yards and touchdowns.

Also, a two-time state champion in his high school career.

Oregon will put their trust to senior QB Justin Herbert.

He's coming off his best season last year in which he completed 59% of his passes for 3,151 yards and 29 touchdowns.

He has thrown a touchdown pass in 28 consecutive games, which is the longest active streak in College Football.

The sportsbook handicappers have installed Auburn as a 3.5-point favorite to beat Oregon on Saturday night. 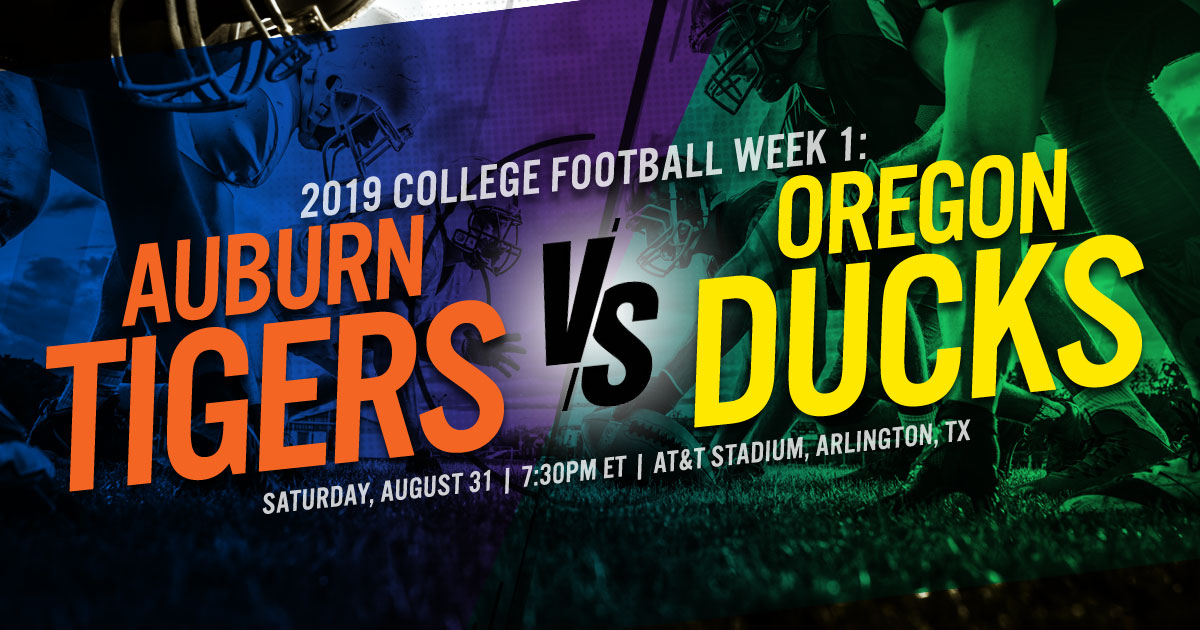