On Thursday, the Liberty National Golf Club in Jersey City, New Jersey will host the 1st tournament of the 2019 FedExCup, THE NORTHERN TRUST.

The FedExCup Playoffs is in its 13th season and only top 125 golfers in the regular season are allowed to play.

At THE NORTHERN TRUST, 55 players will be eliminated with the top 70 advancing to the BMW Championship.

From there, 40 more players will be removed with the top 30 moving on to the finale, the TOUR Championship.

Nine players have qualified for the playoffs in each of the first 13 seasons.

All these golfers are well-seasoned on what it takes to become the overall champion after the end of the three playoff tournaments.

The opening round key-pairings will feature the trio of Brooks Koepka, Rory McIlroy and Matt Kuchar.

These group will tee off at 8:16AM while the group of Tiger Woods, J.T. Poston and Scott Piercy will start ahead at 7:43AM.

The sportsbook handicappers have installed Brooks Koepka as the players to beat on Sunday’s final round of THE NORTHERN TRUST. 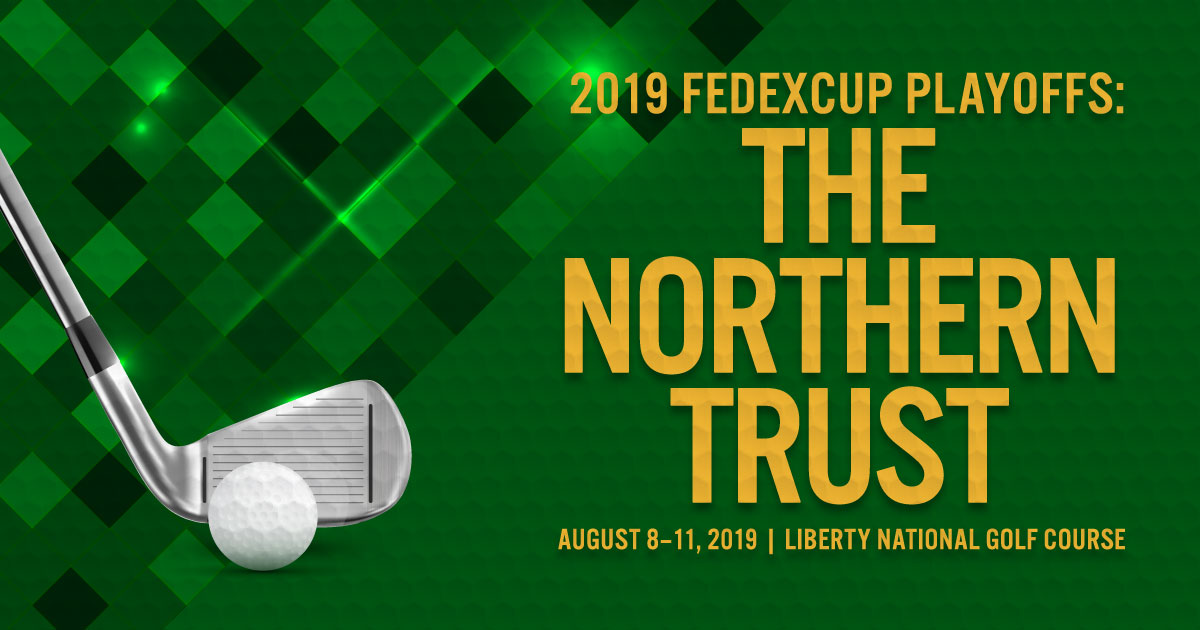