On Thursday, the Milwaukee Bucks will host the pivotal Game 5 of the NBA Eastern Conference Finals against the Toronto Raptors at Fiserv Forum. The series is currently tied at 2-2 and game time is set at 8:30PM ET.

Down 0-2 in the series, the Toronto Raptors took care of business in their home court as they won Games 3 and 4.

Kahwi Leonard was the leader for the Raptors but it was their bench players that proved instrumental in their last two wins.

Toronto played with a lot of pride and energy as they erased the 0-2 series deficit.

The Milwaukee Bucks returns home and hope to break the momentum of Toronto.

But their defense was suspect in their last two losses, the Raptor tend to miss their designated defensive scheme and assignment.

They were also outhustled in the rebound game as well as the 50/50 chance ball possession.

The sportsbook handicappers have installed the Milwaukee Bucks as a 7-point favorite to win Game 5 of the NBA Eastern Conference Finals on Thursday night. 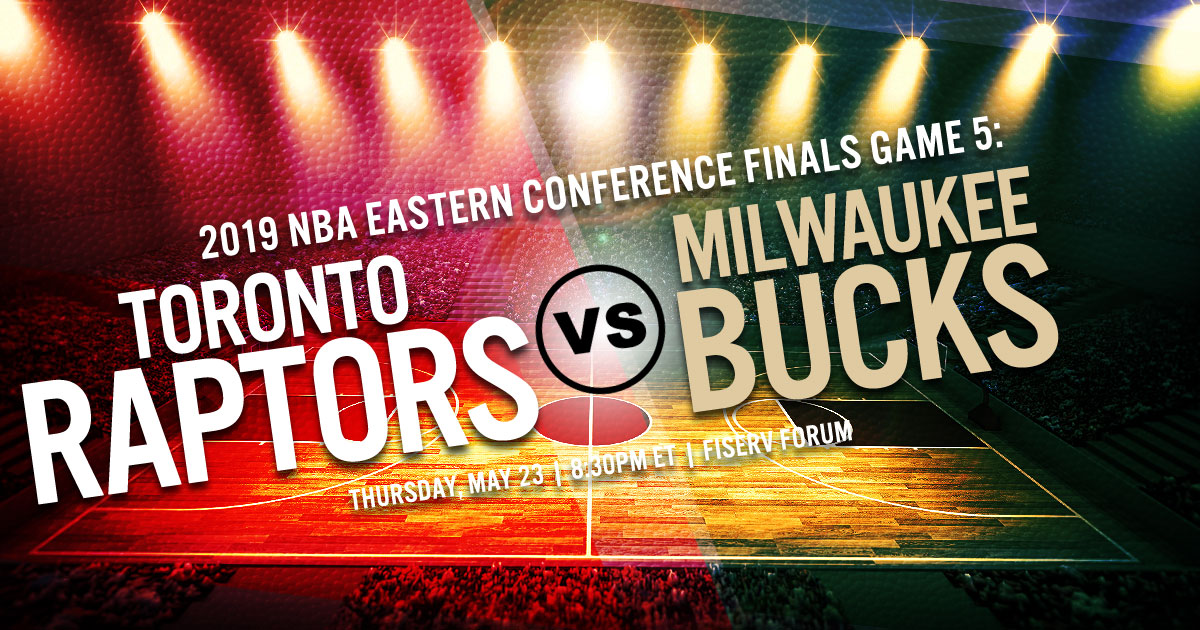