On Thursday, the Tennessee Titans will face the Jacksonville Jaguars to start Week 3 of the 2019 NFL season.

Kick-off is set 8:20 PM ET at the TIAA Bank Field in Jacksonville, Florida.

Tennessee dropped back to Earth after a 19-17 loss to Indianapolis last Sunday.

The Titans crushed the Browns 43-13 on the road in Week 1 but could not get a two-consecutive win against the Colts.

Tennessee's defense was super again for the 2nd straight week.

It was their offense that stalled them most of the game against the Colts.

Their offense only got 242 total yards and went 1-for-10 on third down conversions.

The Jacksonville Jaguars absorbed its 2nd loss of the season after it fell 13-12 to the Houston Texans.

They have a chance to get an upset win but RB Leonard Fournette was tackled short of the goal line in their attempt for a 2-point conversion.

All is not lost for Jacksonville as QB Gardner Minshew played well enough in his first NFL start passing for 213 yards with no interceptions.

The sportsbook handicappers have installed the Tennesse Titans as the favorite to win against the Jacksonville Jaguars on Thursday night. 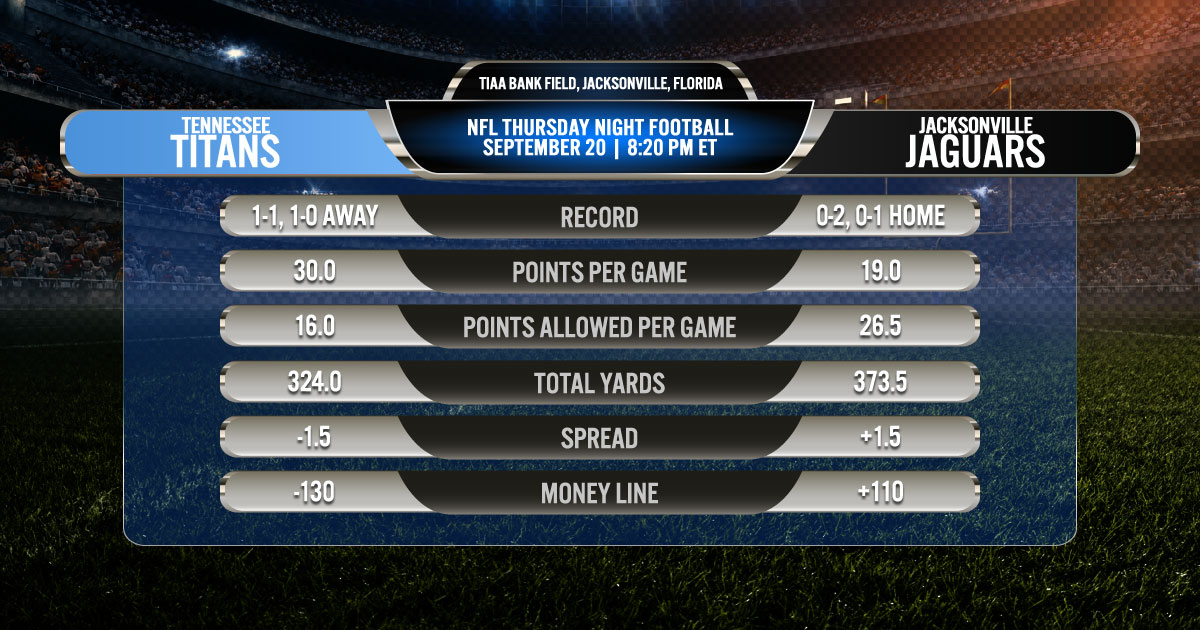