On Sunday, the Carolina Panthers will open their 2019 season at home against the LA Rams.

This is the second straight season that the Panthers will host a regular season home opener.

Kick-off is set 1:30PM EST at the Bank of America Stadium in Charlotte, NC.

The Panthers is eager to know the extent of QB Cam Newton's health recovery after he left their third preseason game with an ankle injury.

All eyes would be on him as he has impacted the NFL by making plays with his feet.

If his mobility is hampered, that could be a problem for Carolina.

The Rams has one of the best offense and defense last season. Majority of their key starters will return in every position.

RB Todd Gurley will return to the lineup after being hampered with a knee injury throughout the end of last season.

He's fully recovered and will ramped up the Rams' running game.

The sportsbook handicappers have installed the LA Rams as a 2.5-point favorite to beat the Carolina Panthers on Sunday afternoon. 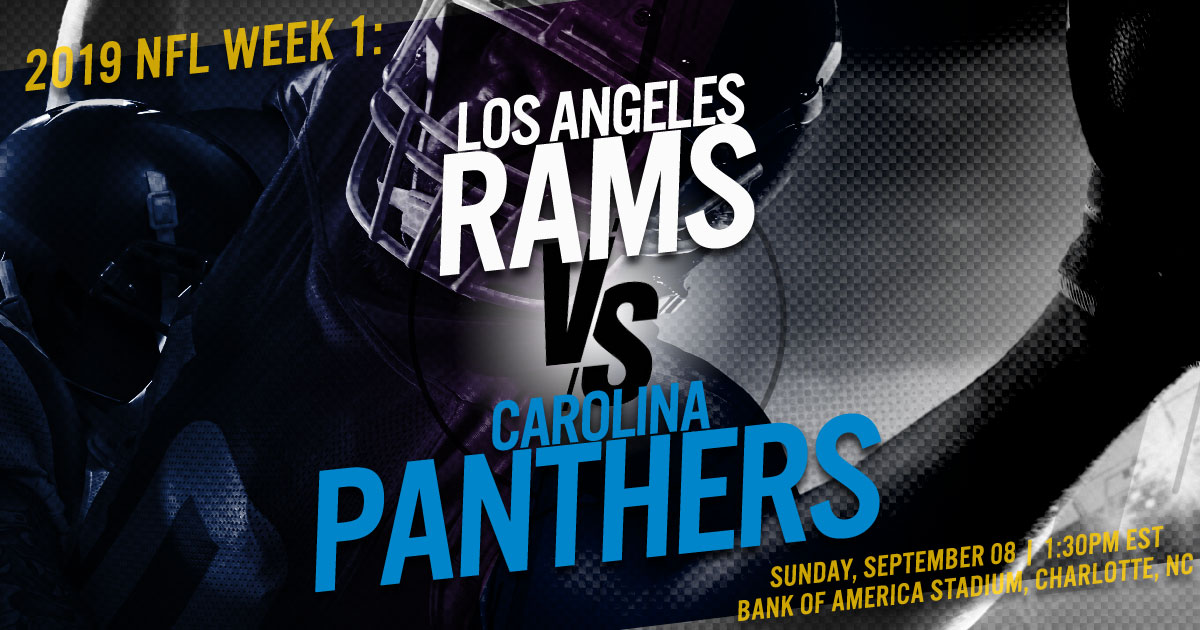