On Thursday, the Oakland Raiders will host the Los Angeles in Week 10 of the 2019 NFL season.

Game time is set 9:20 PM ET and will be played at the RingCentral Coliseum.

The long-time rivals Chargers and Raiders are in thick of things for a playoff spot in the AFC.

They are separated by a half in 2nd place at the AFC West division.

This will be pivotal for both teams as this could decide which will move on to the playoffs or who will have an early vacation.

The LA Chargers are in a groove as they have a two-game winning streak.

Their ground game is also flourishing with versatile running back Austin Ekeler.

He leads the league in completion percentage, 6th in passer rating and has 13 touchdowns with only 4 interceptions.

Oakland main problem is their defense during 3rd and 4th downs.

It is critical for them to remedy their defensive woes when they meet the Chargers.

The sportsbook handicappers have installed the LA Chargers as the favorite to beat the Oakland Raiders on Thursday night. 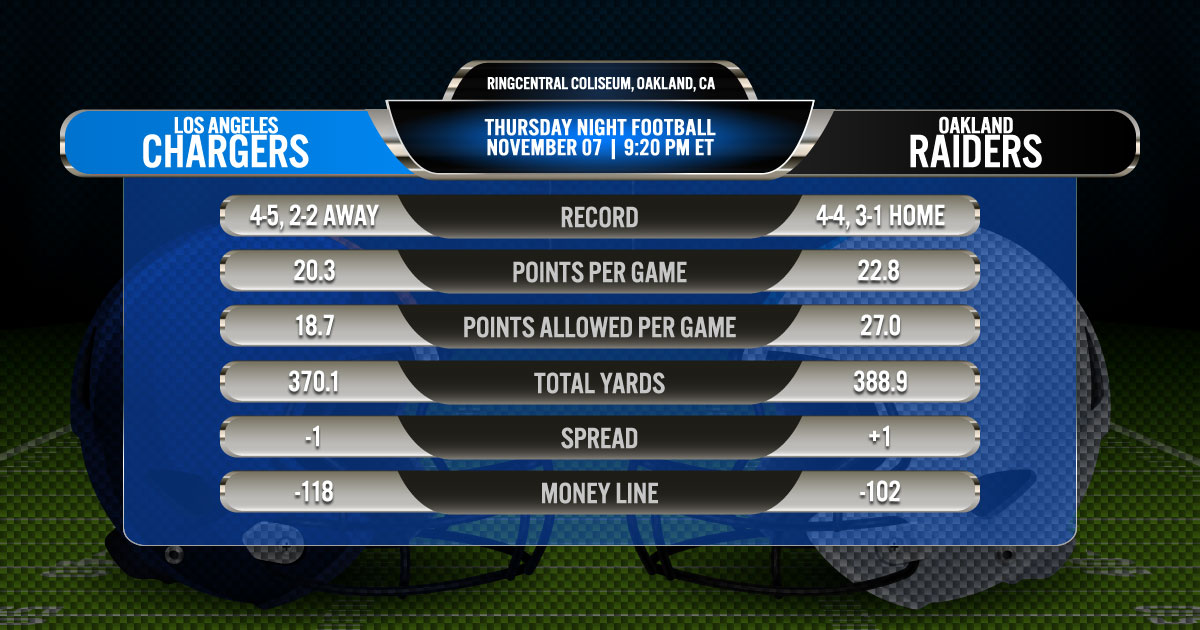