On Thursday, the Pittsburgh Steelers will face the Cleveland Brown in Week 11 of the 2019 NFL season. Cleveland will host the game at the FirstEnergy Stadium with kick-off set at 9:20PM ET.

The historic rivalry between Pittsburgh and Cleveland will continue as they face each other for the 135th time.

Both teams does not like each other ever since they met in their 1st game.

There are a lot of hostilities and physical contacts whenever both teams play each other.

The Pittsburgh Steelers have regrouped from a 1-4 start in the season with a four-game winning streak.

The loss of veteran QB Ben Roethlisberger from injury and the player turmoils of Le'Veon Bell and Antonio Brown are no longer hounding the team as a whole.

Pittsburgh's tight-nosed defense have helped them to string victories and kept their chances in the playoff race.

They stopped their four-game losing streak in last week's win over Buffalo.

With a soft schedule after the Steelers, the Browns has still a slim chance to barge in the playoff.

However, they must win against Pittsburgh since another loss will end playoff aspirations.

The sportsbook handicappers have installed the Cleveland Browns as the favorite to win over the Pittsburgh Steelers on Thursday night. 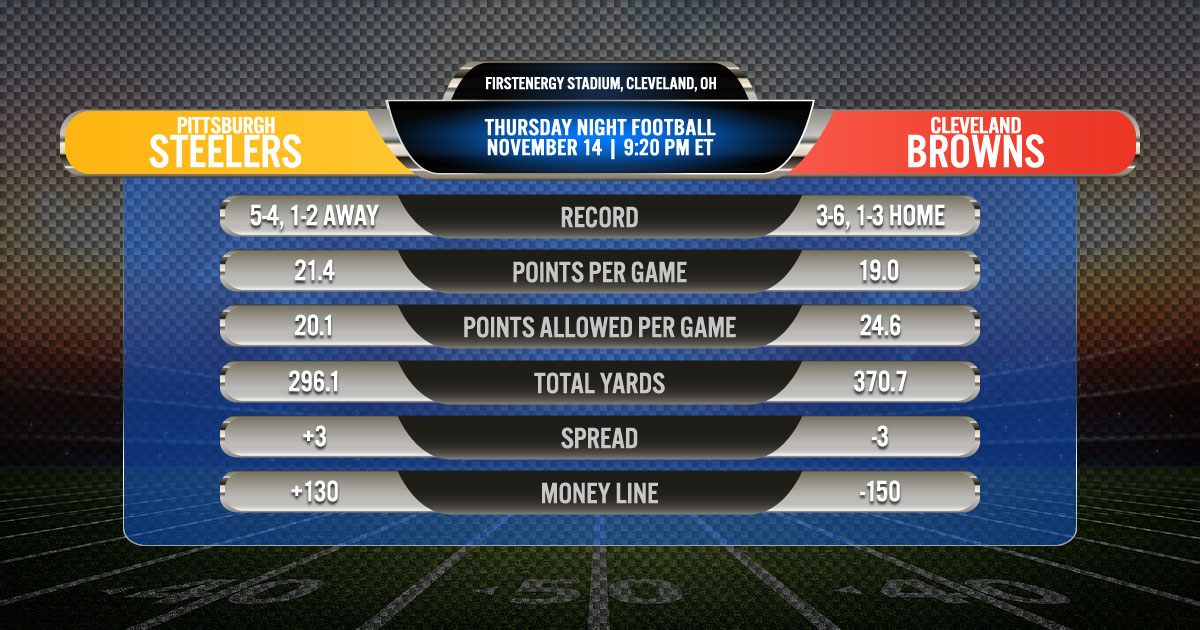