On Thursday, AFC South division rivals Indianapolis Colts will face the Houston Texans in Week 12 of the 2019 NFL season.

Houston will host their 2nd meeting of the season with Indianapolis at the NRG Stadium. Kick-off is set at 8:20PM ET.

Both teams have been battling with each other for positioning in the NFC South and are tied at 1st place with identical 6-4 record.

Indianapolis won over Houston in Week 7 and the Texans would surely like to win their second match-up of the season.

The Texans were embarrassed in last Sunday’s 41-7 loss to the Ravens.

QB Deshaun Watson knows he had a bad game and he wanted to atone it with a vintage performance against the Colts.

Indianapolis is coming of a 33-13 win over Jacksonville and QB Jacoby Brissett expects his team to perform well on a short week rest.

The sportsbook handicappers have installed the Houston Texans as the favorite to win against the Indianapolis Colts on Thursday night. 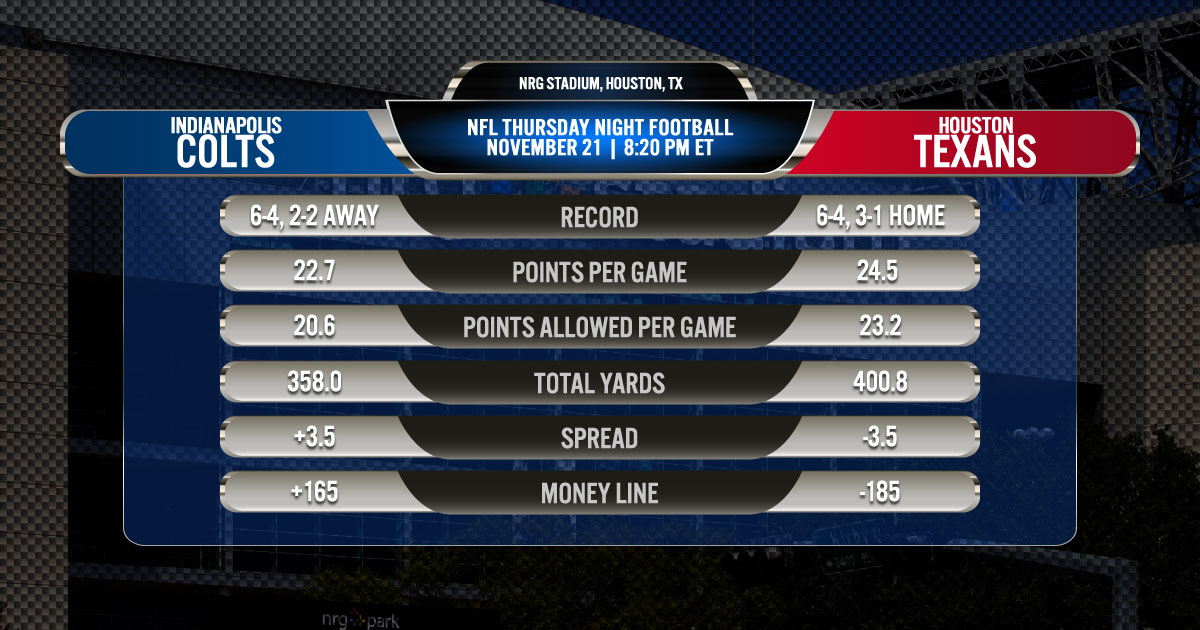