On Thursday, the New York Jets will face the Baltimore Ravens in Week 15 of the 2019 NFL season.

Baltimore will host the game at the M&T Bank Stadium and kick-off of is set at 8:20 PM EST.

The Baltimore Ravens is one win away to clinch their second straight AFC North title.

They have a nine-game winning streak in which they defeated several of the best teams in the NFL.

In those wins, they won over the Steelers, Seahawks, Rams, Bills and 49ers.

It may appear that the Ravens will win easily against the Jets.

However, head coach John Harbaugh believes the NY Jets is every bit as dangerous compared to the top-caliber team they defeated during the Ravens' winning streak.

The Jets are out of contention in the playoffs.

But they do have the capabilities to stop the running game of Baltimore's QB Lamar Jackson and RB Mark Ingram.

New York has the 2nd best rushing defense in the NFL this season.

This game will test the mettle of Lamar Jackson and Mark Ingram against the Jets' hard-nosed and highly physical defense.

The sportsbook handicappers have installed the Baltimore Ravens as the favorite to win over the New Jets on Thursday night. 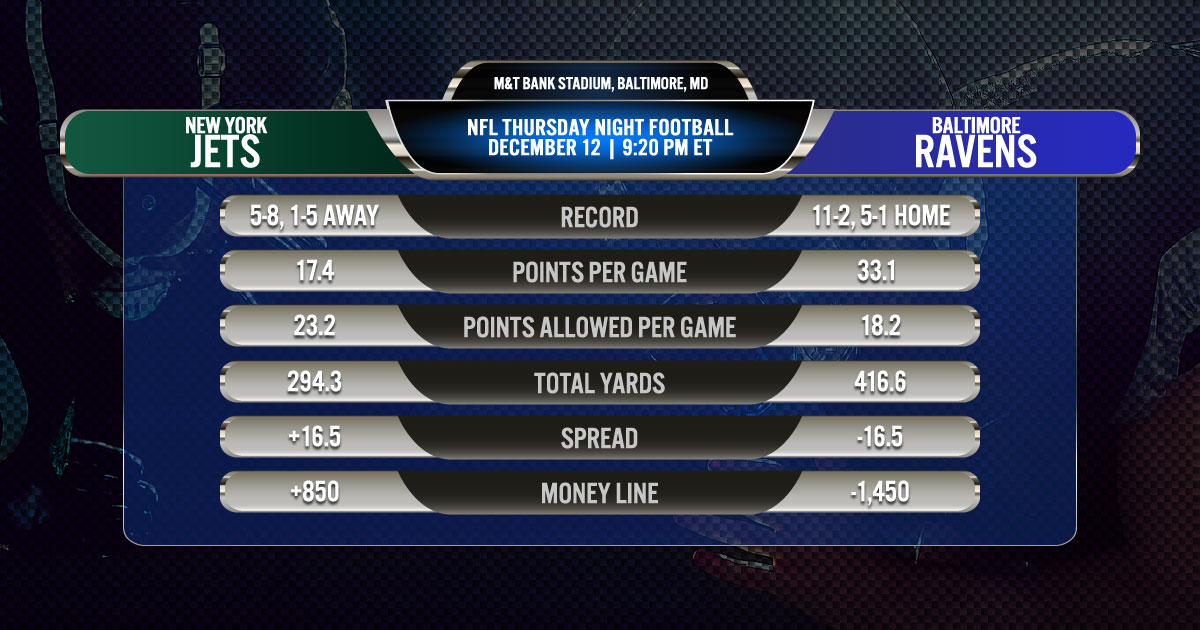