On Saturday, the Buffalo Bills go up against the New England Patriots in an AFC East division match-up that could affect their spot in the upcoming playoffs.

The Patriots will host the game 4:30PM ET time at the Gillette Stadium.

Both teams have clinched a playoff berth this season.

With two weeks left in the NFL regular season, playoff positioning is what the Bills and Patriots have in mind in their remaining games.

The AFC East division is on the line for this game and expect a playoff type of plays when these two team meet over the weekend.

The easiest path for the Patriots is winning the AFC East outright in Week 16.

A win over the Bills will let the Patriots earn at least one home playoff game and potentially earning a first-round bye.

The Bills path is a little bit hard, they need to beat the Patriots and Jets in succession and hope New England losses the Dolphins in Week 17.

This scenario will help the Bills earn the AFC East division title and a playoff bye.

The sportsbook handicappers have installed the New England Patriots as the favorites to beat the Buffalo Bills on Saturday noon. 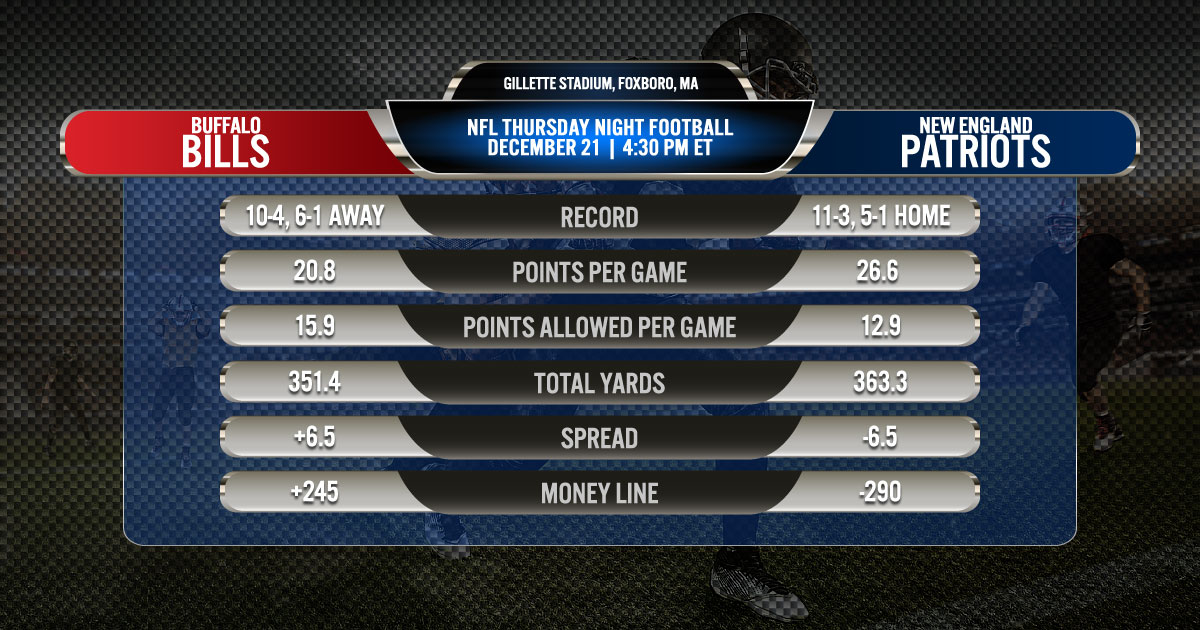