On Thursday, the LA Rams will face the Seattle Seahawks in Week 5 of the 2019 NFL season.

Game time is set 8:20 PM ET and will be played at the CenturyLink Field in Seattle, WA.

This is a key NFC matchup as both them are tied in 2nd place with a 3-1 record.

The LA Rams are coming off an upset home loss against the Tampa Bay Buccaneers last week.

But they are confident enough to refocus and win on the road against the Seattle.

The Rams has won three of their last four trips in Seattle and there is a possibility to do it again.

Rams' QB Jared Goff is still having an inconsistent season.

He may have tied an NFL record in last week's loss to Tampa Bay but his passer rating is just 82.9 and has thrown six interception in four games.

LA must address issues in their offense if they want to win on the road.

The Seattle Seahawks is in good hands with QB Russell Wilson. He's off to one of the best start of his career throwing 8 TDs with no interception and second in the league in passer rating.

Seattle's defense is still solid but their running game must improve to lessen the pressure on Wilson's passing game.

The sportsbook handicappers have installed the Seattle Seahawks as the favorites to beat the LA Rams on Thursday night. 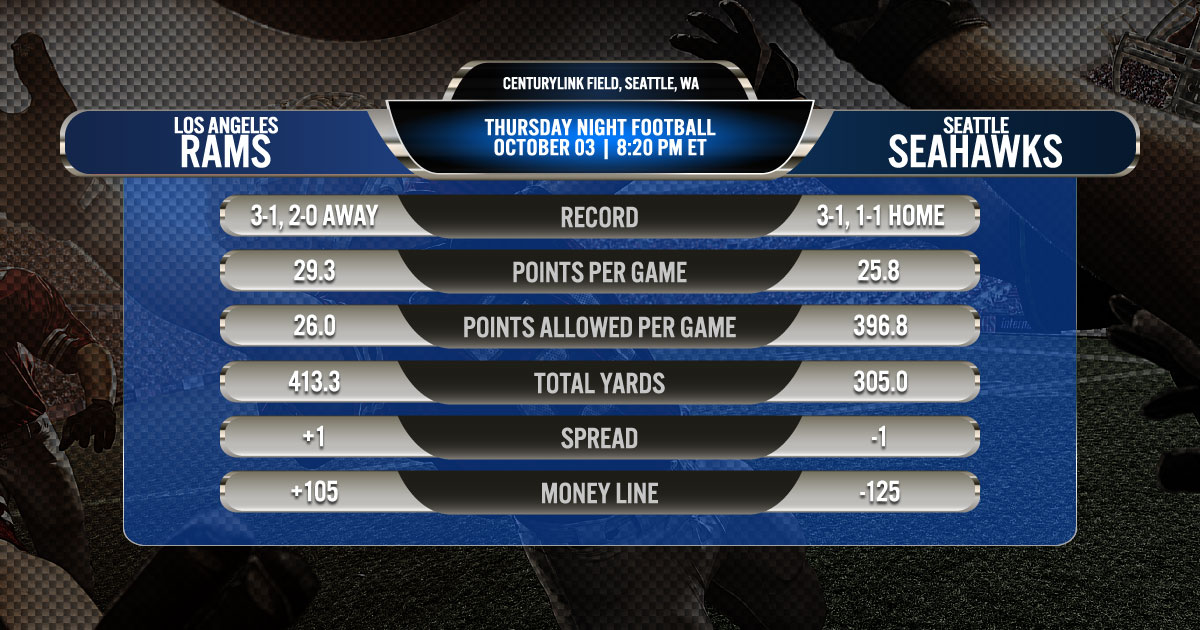