On Thursday, the Denver Broncos will face the Kansas City Chiefs in Week 7 of the 2019 NFL season.

Kick-off is set 8:20pm ET at the Empower Field in Denver, CO.

Kansas City has lost two in a row after a 4-0 start. The Chiefs must alter their run defense scheme if they want to avoid a three consecutive loss.

They have allowed an average of 190 rushing yards and gave up 8 rushing TD in their losses with the Colts and Texans.

Denver has flipped the switch after a 0-4 start.

They have won their last two games against the Chargers and Titans.

They have redesigned their run defense that shutdown the opponent's running game.

It forced their last two opponent to use passing plays exclusively which could be easily deterred by the Broncos' defense.

The Chiefs need to stop their two-game losing streak while the Broncos are targeting their third straight win and seek their first win over Kansas in four years.

The sportsbook handicappers have installed the Kansas City Chiefs as the favorites to win against the Denver Broncos on Thursday night. 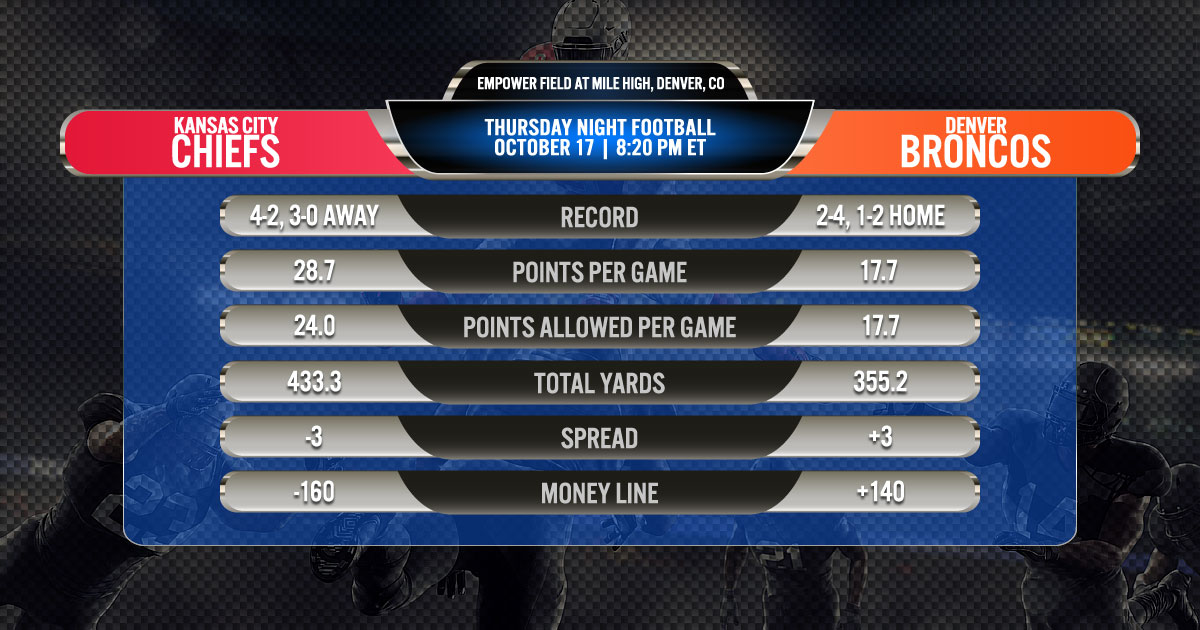