On Thursday, the New Orleans Saints will face the Atlanta Falcons in Week 13 of the 2019 NFL season.

Game time is set at 9:20 PM ET and will be played at the Mercedes-Benz Stadium in Atlanta, GA.

This primetime match is part of a three-game matchup for Thanksgiving Day.

Opening up these three-game matchup will be the match between the Chicago Bears and Detroit Lions to be followed by the Buffalo Bills and Dallas Cowboys game.

New Orleans could clinch their third straight NFC South title if they win against Atlanta.

The Saints will also get a chance to avenge their 26-9 home loss against the Falcons.

Atlanta is out of contention for the playoffs but beating the Saints for the 2nd time this season is a timely reward of their dismal season.

It will be huge boost in the sagging confidence of the Falcons' players if they could get another win over the Saints.

The sportsbook handicappers have installed the New Orleans Saints as the favorite to win against the Atlanta Falcons on Thursday night. 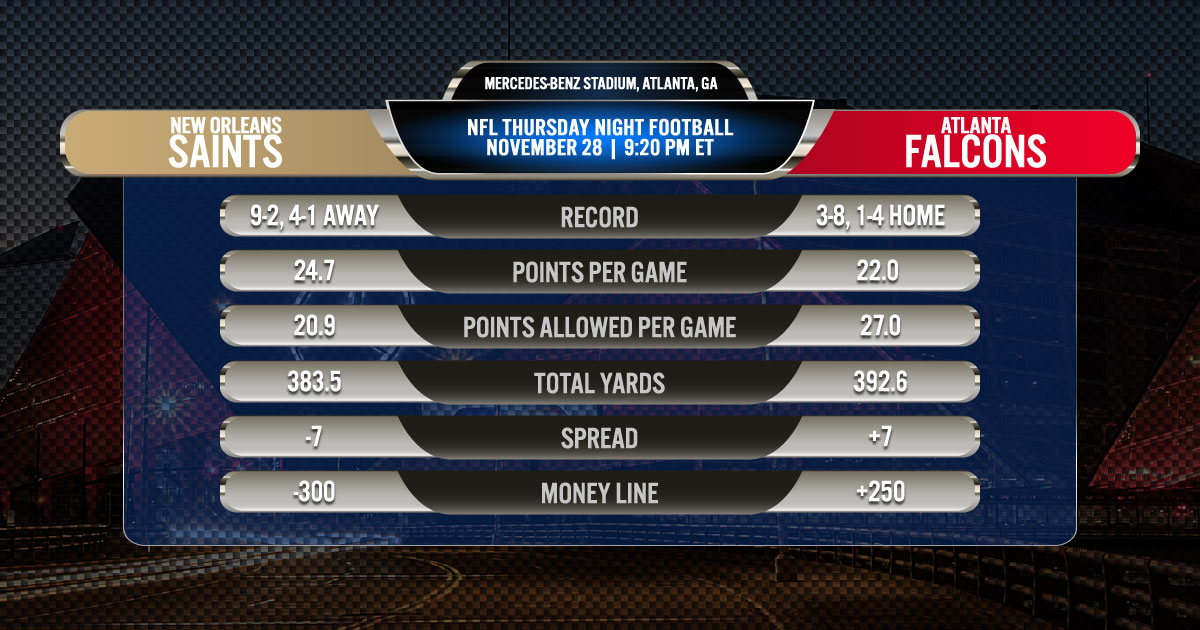