On Thursday, the Indiana Hoosiers will face the Tennessee Volunteers in the 2020 Gator Bowl.

Kick-off is set at 8:00 PM ET and will be played at the TIAA Bank Field in Jacksonville, FL.

Tennessee had a bad start during the regular season which led to speculations that coach Jeremy Pruitt is on the way out.

However, those gossips were crushed as the Volunteers won six of their last seven games to qualify for the Gator Bowl.

The combo of QB Jarrett Guarantano and WR Jauan Jennings will be tasked again to lead Tennessee to one last win.

The Indiana Hoosier fall short of a 10-win season.

Their two close losses against ranked team Penn State and Michigan State could have gave them 10 wins.

However, it was not meant to be. This is the 2nd match-up for both teams in a bowl game.

QB Peyton Ramsey and WR Whop Philyor has now a chance to close out their season with a bang.

The sportsbook handicappers have installed the Tennessee Volunteers as the favorites to win over the Indiana Hoosiers on Thursday night. 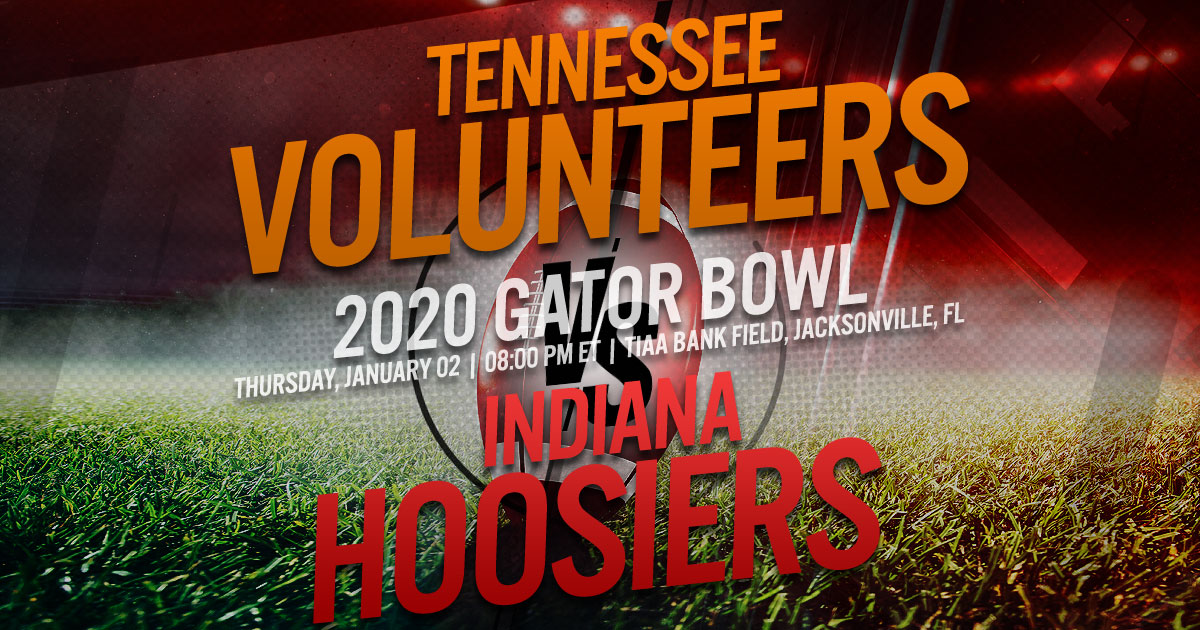