On Saturday, the Minnesota Vikings will visit the San Francisco 49ers for a NFL Divisional playoff game.

Minnesota is fresh from an OT upset win over New Orleans from their Wild Card weekend match.

The Vikings will be on the road again and their upset win earned a divisional playoff game with the top seed in the NFC, the 49ers.

The Vikings will be playing on a short rest but this is the playoffs and everybody plays through body aches and injuries.

San Francisco is the top seed in the NFC which earned them a bye week and home-field advantage.

Their roster is well-rested and some injured players might be able to play.

The 49ers must not succumbed into over confidence and rusty plays against the Vikings. The Vikings are confident that they could get another upset win on the road again.

The other divisional playoff games scheduled over the weekend will be the Titans against the Ravens, Texans versus the Chiefs and Seahawks go up against the Packers.

The sportsbook handicappers have installed the San Francisco 49ers as the favorite to win against the Minnesota Vikings on Saturday afternoon. 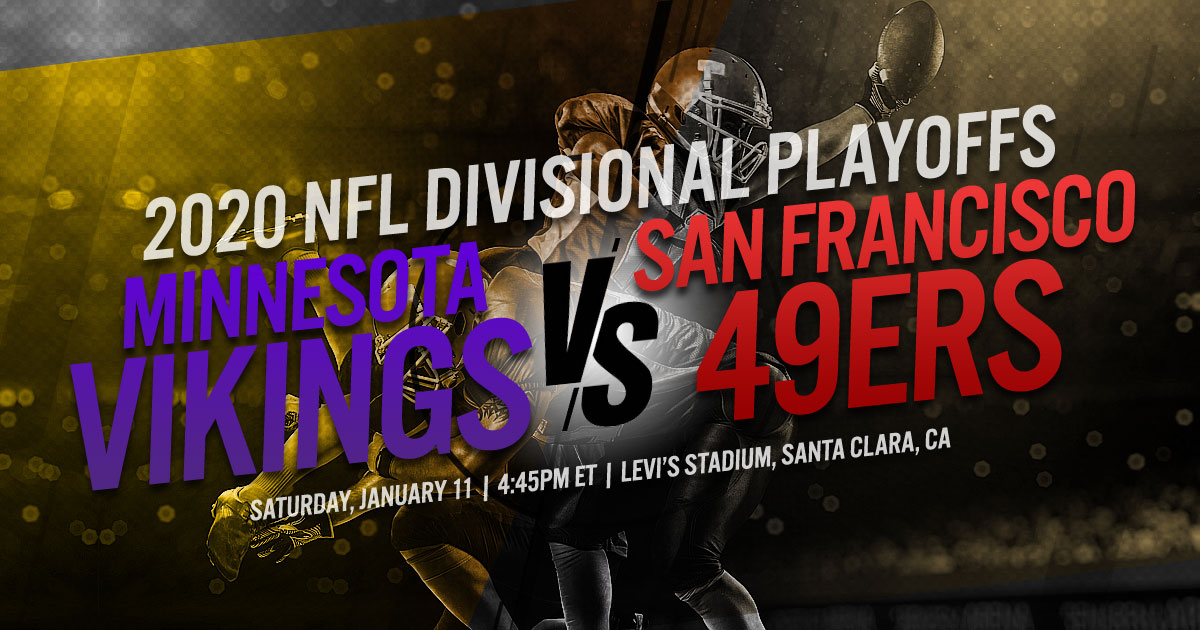